This series will help you gain a better understanding of the rapidly evolving landscape of treatment options for RET driven cancers at initial presentation and when progression occurs.

Resistance and Progression: What Comes Next?

Diagnosed with stage IV RET positive lung cancer in late 2015 in the days after the birth of her second daughter.

Dr. Bricker passed away peacefully on the evening of February 6th after a six-year long battle with Lung Cancer - she was 40 years old. Aliye's light burned bright, touched many, and was extinguished too soon. 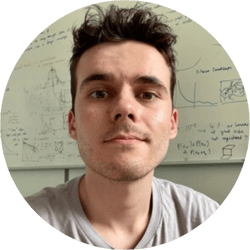 Caregiver for his father who was diagnosed with stage IV RET positive lung cancer in early 2020.

“We might have very well missed the crucial RET diagnosis if it wasn’t for the patient education material and cancer support groups out there. Given the fast pace of research, remaining up to date on your own disease is extremely important to make sure you get the best care available.”

To learn more about our moderators and the other founding members of RETpositive, you can visit their website at retpositive.org.

Slides for "Webinar 1: Biomarkers and RET"

From December through March I was dealing with a nagging dry cough. After seeking help from immediate care centers and my family doctor through June with no relief from antibiotics, inhalers or allergy medications, I finally saw a pulmonologist in June...(cont.) Ashley, 36

I was already stage IV by the time I was diagnosed in late 2015. I was a 34 year old never smoker with a 4 year old, and pregnant with my second daughter while still working as a full time physician (Neuroradiologist)...(cont.) Aliye, 34

Interested in earning CME/CE? Visit ceconcepts.com for a variety of educational formats, across many therapeutic areas.